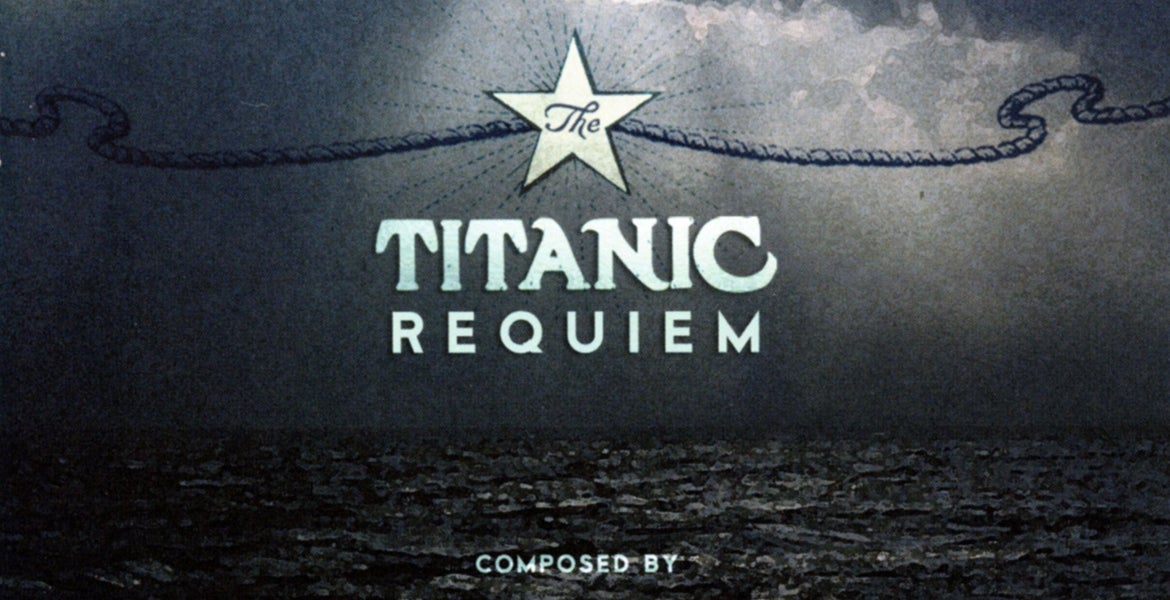 The world premiere concert of The Titanic Requiem, the first ever classical work by one of popular music’s true living legends Robin Gibb (of The Bee Gees), will take place on 10 April 2012 at the Great Hall, Central Hall, Westminster, London. Performed in its entirety by the Royal Philharmonic Orchestra, the concert will feature a choir and very special guests.

The Titanic Requiem was written and completed in time to commemorate the 100th Anniversary of the catastrophic loss of life of the oceanic legend RMS Titanic. As Robin and RJ (his son and collaborator on this piece) began to focus on the immensity of the Titanic’s sinking, what Robin calls “the double shock” of the ship’s sinking and the inconceivable loss of life…well, the powerful emotions Robin and RJ felt almost instantly evoked, for them, strong musical ideas, themes and melodies.

Perhaps most notably for pop music fans, The Titanic Requiem’s ‘Don’t Cry Alone,’ features a lead vocal from Robin Gibb, the welcome return of one of music’s truly unforgettable and distinctive voices.

Don't miss your chance to catch an astonishing night of powerful music!