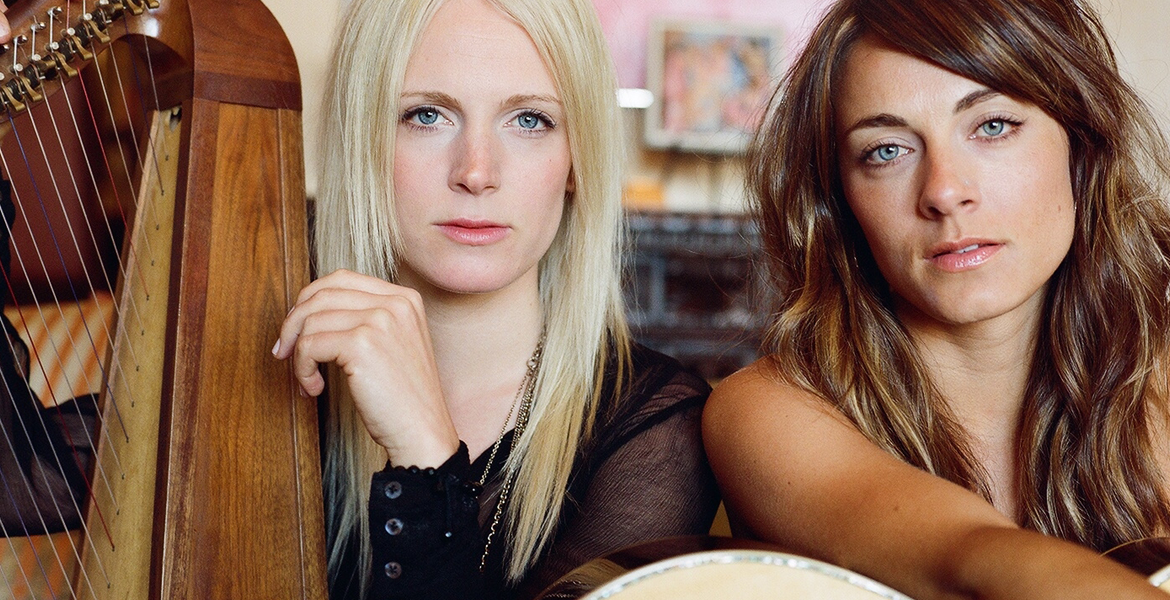 Following the success of their sell out CD launch concert earlier this year, The Webb Sisters will return to London for an exclusive show at Union Chapel on Saturday 19th November.

Having won widespread acclaim on the Leonard Cohen world tour, the duo will give audiences another chance to catch their adventurous, lyrical and emotionally enthralling performances this winter.

With two albums under their belt, The Webb Sisters have built a strong following in the UK and have achieved album and record of the week on iTunes and BBC Radio Two. Their singing and playing (harp, guitar, mandolin and more) draw from the folk and pop traditions of Britain and the United States.

Most recently, The Webb Sisters were honoured with the opportunity to tour and sing with one of their idols, the legendary Leonard Cohen. Their current album ‘Savages’, recorded with multi Grammy-winning producer Peter Asher,  includes several songs written by the girls, plus their own version of Leonard Cohen’s ‘If It Be Your Will’.

Among their multitude of achievements The Webb Sisters represented the UK at America's 400th Anniversary celebrations, contributed songs to several major TV shows, recorded alongside the likes of Dolly Parton and Rufus Wainwright for a Judy Collins tribute album and have performed on major concert tours with artists such as Jamie Cullum, James Morrison and Jason Mraz.