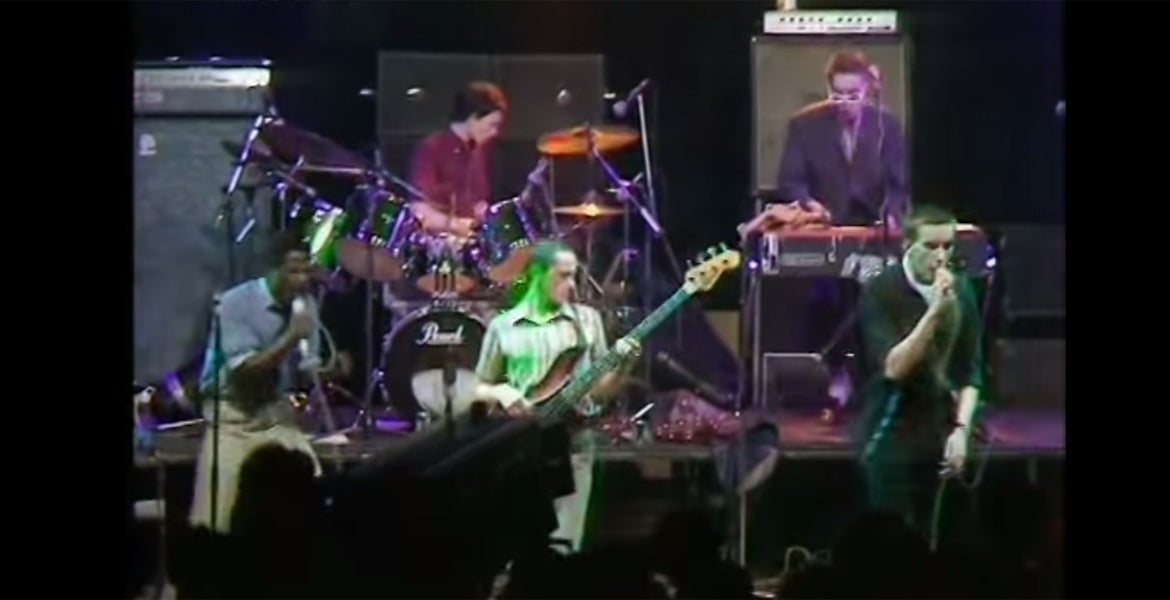 Here's a rare treat. This full-length show by Coventry 2 Tone and ska band The Specials was filmed at Colchester Institute in 1979, 2 years after the band first formed. Their danceable ska and rocksteady beat combined with punk's energy and attitude led to seven consecutive UK Top 10 singles between 1979 and 1981.

The band reformed in 1993 and have regularly been selling out tours ever since, proving their focused and informed political and social messages resonate just as much now as they did back in the late 70s. The fact that their live shows create a real party atmosphere helps too.

The Specials have announced a UK tour for 2014 which sees them celebrate five years since they first reformed. The dates take them to several legendary venues including the London Roundhouse, where they have never played before (despite filming the video for ‘A Message to You Rudy’ there) and the shows finish at the iconic Nottingham Rock City.

Since getting back together in 2009, the band have travelled all over the world and played to hundreds of thousands of people, uniting old fans and new at their incredible live gigs.

Remaining tickets for their UK tour are on sale here...