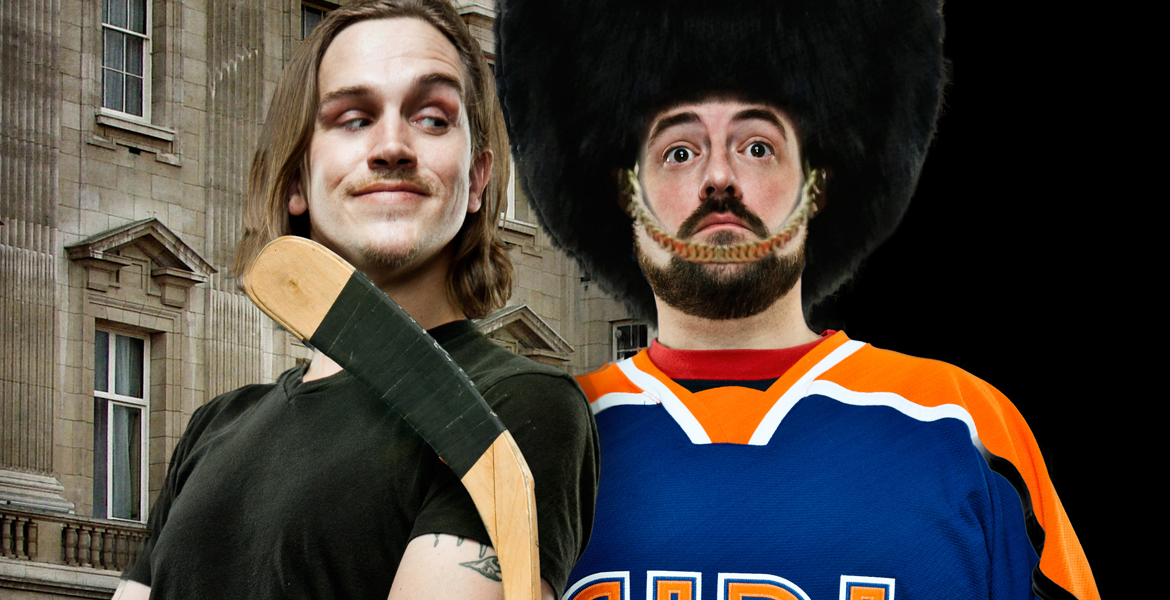 Award winning film icons Kevin Smith and Jason Mewes made history and fans all over the world with their unique alter-egos characters Jay and Silent Bob. Now, for the first time ever the comedy duo are crossing the pond and heading to the UK this February.

See them live as they bring to life their hugely successful comedy podcast ‘Jay and Silent Bob Get Old’. Chronicling their early years and friendship, this is a sometimes touching, always hilarious look at what happens when two people grow up in Hollywood’s gaze.  These shows will be recorded as the stories evolve live in front of the audience, and released for free on www.smodcast.com, giving UK fans a rare opportunity to get up close with their unique, uncensored brand of storytelling. Tickets go on sale at 9am on Friday 9 September 2011 through www.aeglive.co.uk

Jason Mewes made his film debut as the fast talking, foul mouthed and over sexed yet loveable "Jay" in the hit film ‘Clerks’. He has since gone on to star as “Jay” in ‘Chasing Amy’, ‘Dogma’, ‘Jay and Silent Bob Strike Back’ and ‘Clerks II’ as well as performing in ‘Scream 3’ alongside long-term friend Smith. In 2010, Jason starred in mobster comedy "The Last Godfather" along with Harvey Keitel and Blake Clark, while his role in ‘Todd and the Book of Pure Evil’ for CTV’s SPACE channel in America earned him a strong cult sci-fi following.

Heading to the UK for the first time ever and reprising their much-loved roles as Jay and Silent Bob, this is what fans everywhere have been waiting for – An opportunity to see their heroes on stage doing what they love, telling stories. This is a very limited tour so make sure you don’t miss out!