War Child is proud to announce that multi BRIT and Grammy Award-winning Coldplay will perform at this year’s Passport to BRITs Week together with O2. The show, which takes place at indigo at The O2 on the evening of The BRIT Awards, Wednesday 24 February, will fundraise for War Child’s vital work providing protection to children whose lives are torn apart by conflict.

Renowned for their spectacular live shows, Coldplay have remained one of the biggest and most internationally successful bands in the world for over a decade. With a UK and European tour in June, including four nights at London’s Wembley Stadium, this will be the only chance to catch them in their smallest show for years. Produced by War Child together with O2 and part of BRITs Week 2016, these will be the smallest gigs making the biggest difference.

Tickets priced £75 go on sale 9AM Monday 8 February. Fans can buy tickets or enter the prize draw to win tickets at www.warchild.org.uk/passport or by texting PASSPORT to 88450 for information via their smart phone. Donations are £4.50 per entry and the draw is open from 9.00 Monday 8 February until 23.59 on Friday 19 February. Every penny goes directly to help children across the Middle East and Africa who are living with the brutal effects of war. 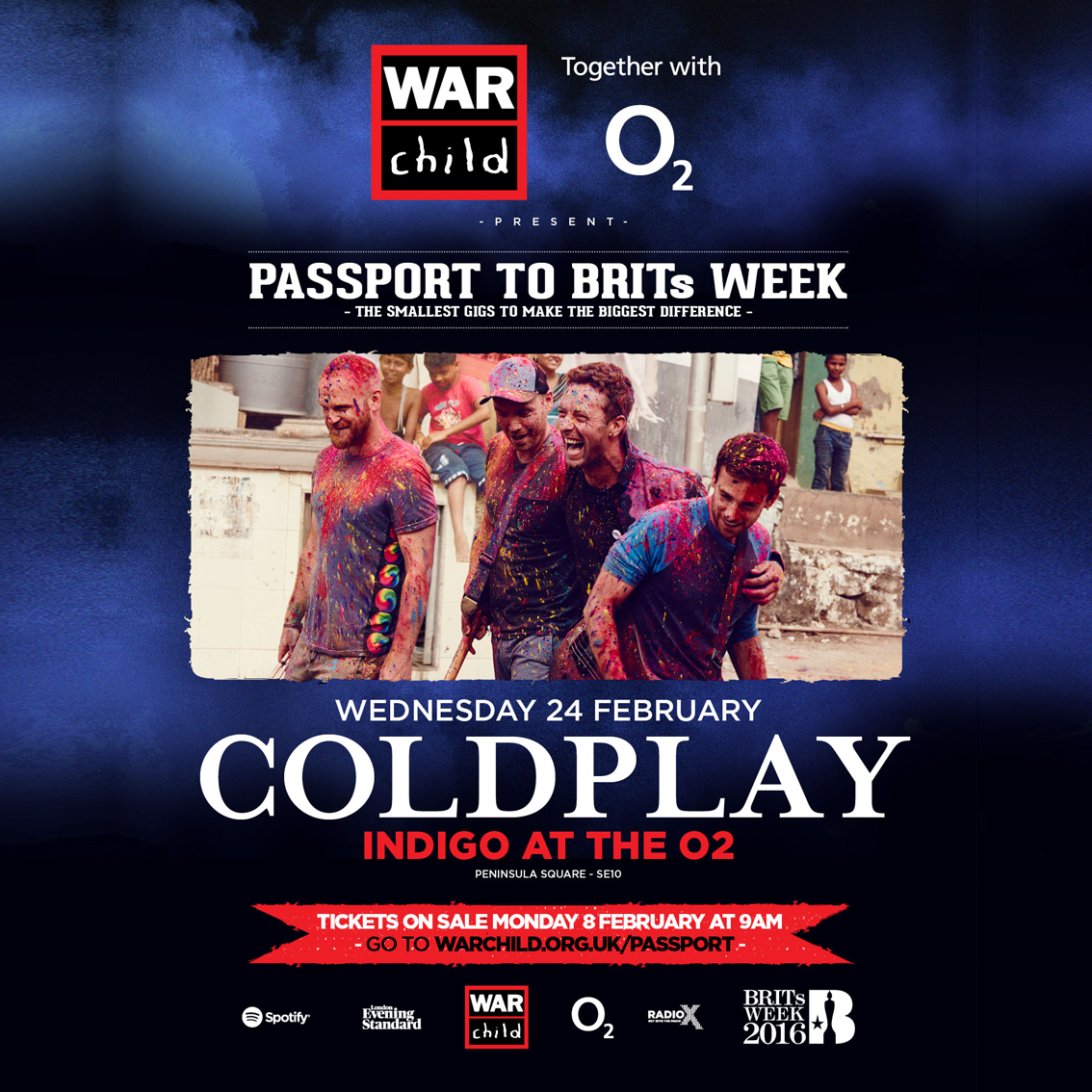