Ticket prize draw opens and tickets go on sale at 9.00am on Friday 19 January at www.britsweekwarchild.co.uk. 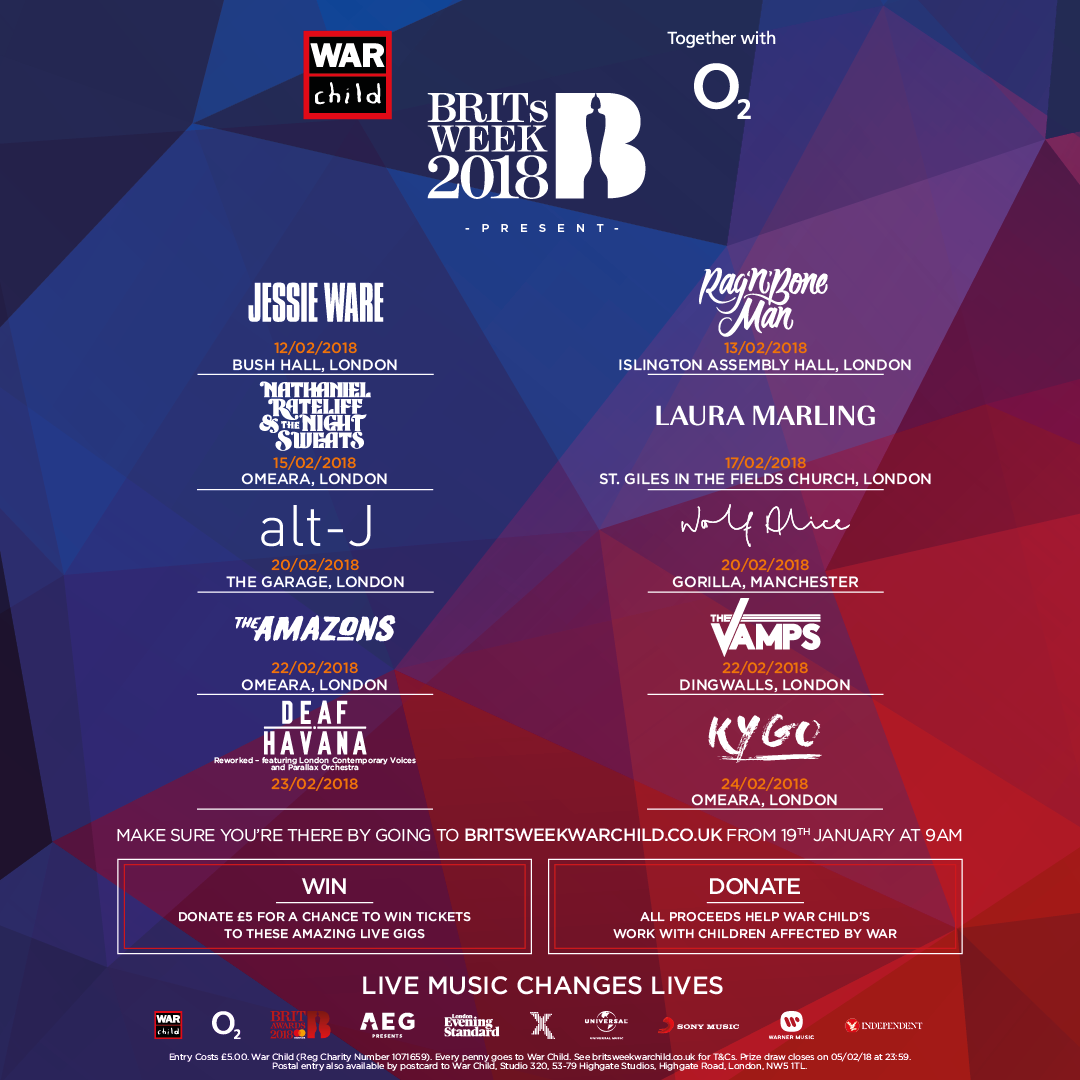 War Child BRITs Week together with O2 returns confirming its stellar lineup for 2018. The series of gigs gives fans the opportunity to see the biggest names in music in intimate venues across London and for the first time since 2015, Manchester while simultaneously raising money and awareness for children whose lives have been torn apart by war. Produced by AEG Presents, BPI and War Child, the charity for children affected by conflict, together with O2.

London will, once again, play host to a plethora of artists through a number of special gigs in the lead up to, and after, the BRIT Awards to celebrate some of the best of British music.

As part of the music event Warner Music UK, Sony Music UK, Universal Music UK have each curated a night to showcase their most exciting new talent.

The prize draw for entry opens at 9:00am on Friday 19 January and closes on Monday 5 February. To enter the prize draw to win tickets to see the artist of their choice music fans can make a £5 donation at www.britsweekwarchild.co.uk. To maximise the chance of winning, fans can enter as many times as they like. There will also be a limited number of tickets for sale from the same date.