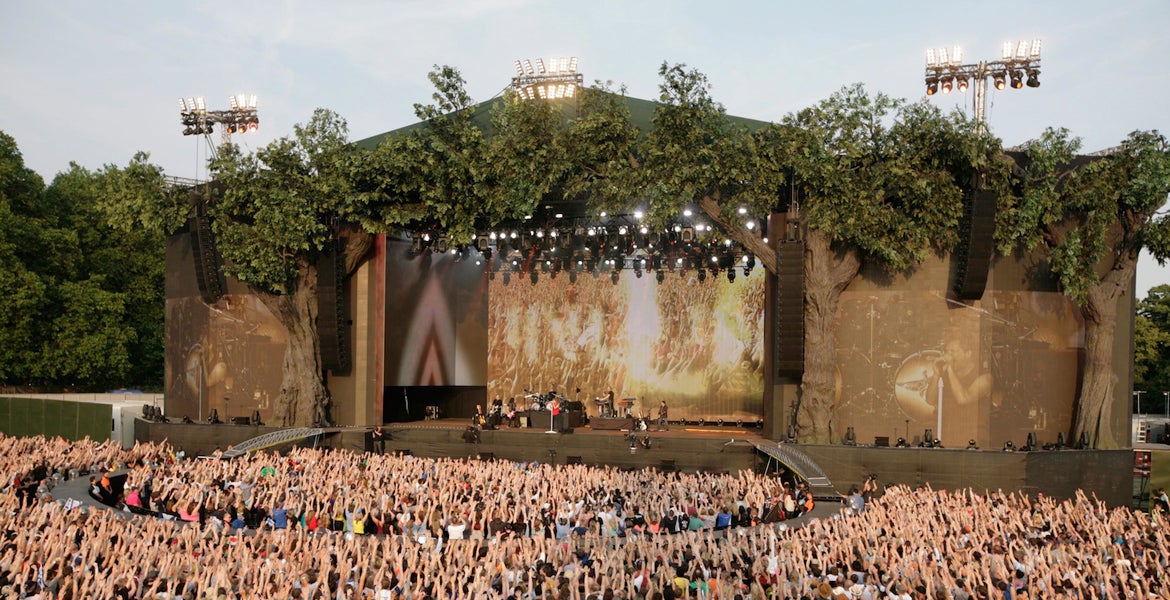 We cannot wait for the gates to open tomorrow (Thursday 3rd July) so the party can begin!

The event, set in the heart of London, brings a veritable Smorgasbord of live music to the Royal Park, ranging from the powerpop of supergroup McBusted all the way to the dark tidings of heavy metal pioneers Black Sabbath.

As one of the best live acts in the world, the million-selling Grammy-winning Arcade Fire are renowned for creating an immersive live experience with the help of their audience. Joining Arcade Fire at Hyde Park will be special guest Jake Bugg, Wild Beasts, Band of Skulls and Future Islands.

After a triumphant return back on the rock scene last year, Black Sabbath are now thundering into Hyde Park to cast a night of darkness in what is set to be a bright summer. The legendary Ozzy Osbourne and his band mates Geezer Butler and Tony Iommi will be headlining the same stage that fellow rock legends The Rolling Stones presided over for two historic gigs last year.

This time it is the reformation everyone has been waiting for, The Boys In The Band are back. Pete, Carl, John and Gary make a long awaited return to the stage, playing their first full live shows since 2010. Joined by the cream of UK talent, this is the Best of British Summer Time. The band reunites for their largest ever UK show in London.

In what promises to be a truly spectacular event for everyone on Sunday 6 July, The Vamps, Lawson, Five, Neon Jungle will join the UK’s #1 pop supergroup, McBusted and US pop sensations Backstreet Boys creating an unforgettable experience in Hyde Park. Elyar Fox, Ollie Marland, George Barnett, Joel Baker and Mike Dignam have also been announced. 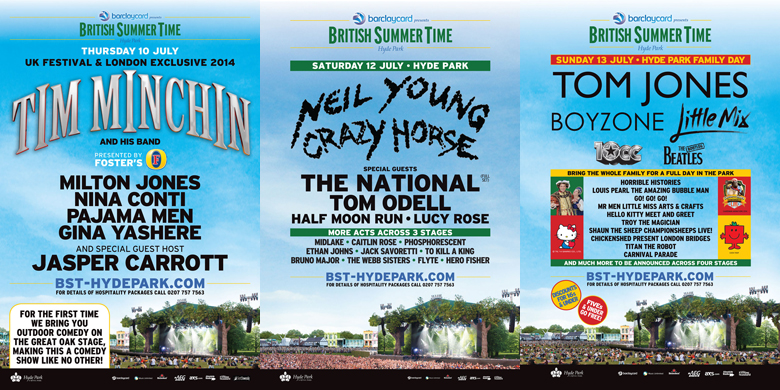 Tim Minchin takes to the Great Oak Stage following his headlining stint as Judas Iscariot in the sell out arena tour of Jesus Christ Superstar and off the back of the huge Broadway and West End success of his multi award winning musical Matilda - which scooped a record breaking 7 Olivier Awards. Going back to his day job of stand up musical comedy, this will be his first time performing in the historic Royal Park.

Considered one of the greatest songwriters ever, Neil Young has been one of the most influential artists of the rock age, both as a solo artist and part of the legendary Buffalo Springfield and not to mention Crosby, Stills, Nash and Young. Twice inducted in to the Rock and Roll Hall of Fame, his music ranges from the beautiful acoustic country of 'Heart of Gold' to the marauding rock of 'Down By The River.'

Fresh from the latest hit series of the BBC’s The Voice, the incredible Sir Tom Jones headlines. Tom is one of Britain’s greatest ever vocalists, with an illustrious history, stretching way back to the 1960s. He’ll headline a day for all the family to enjoy, offering an array of critically acclaimed food outlets, plus a Carnival area with performances for all.

If you’ve not sorted your tickets already, there’s still a chance to get involved. Buy your tickets online and collect them at the box office when you arrive.

We’ll see you down the front!