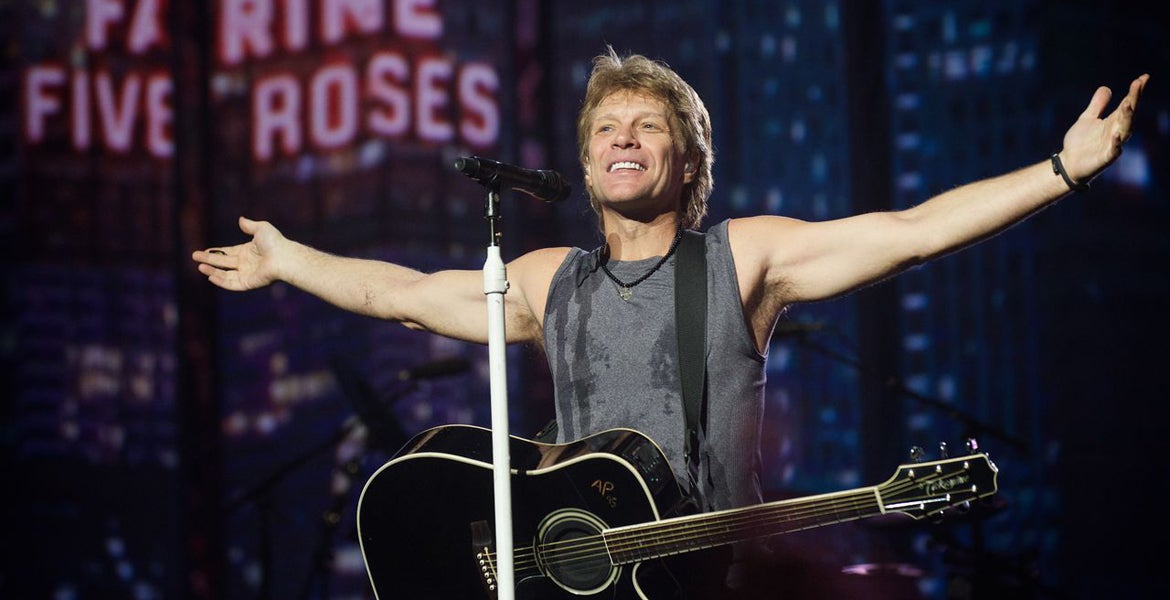 As Bon Jovi’s No. 1 tour closes out 2010 with concerts in Spain, Japan, New Zealand and Australia, the legendary band will ring in 2011 with newly announced UK and European dates in June as well as worldwide dates in the U.S. and Canada.

Bon Jovi 2011 Tour, promoted by AEG Live will hit the UK in June with tickets going on sale at 9AM on Monday 1st November. For the most up to date on-sale and ticket information, visit www.BonJovi.com

Bon Jovi has also confirmed an impressive schedule of upcoming television and Radio appearances including:

On the November 7th Bon Jovi will attend the MTV EMAs 2010, broadcast live from Madrid, Spain, where the band will be presented with the Global Icon award.

Bon Jovi will also be giving fans around the world a chance to experience one of the year’s most historic series of concerts, Omniverse Vision and AEG Network Live will present Bon Jovi—The Circle Tour, a special cinema event throughout Europe in November (dates vary by territory). In anticipation of the band’s soon-to-be-announced 2011 concert dates, and to celebrate the upcoming release of the Bon Jovi - Greatest HitsCollection, this special event captures the magic and energy of the band’s sold-out, four-night stand at New Meadowlands Stadium in New Jersey.  Bon Jovi—The Circle Tour features footage shot during these epic nights, which drew 200,000 fans on the band’s home turf, and began with the stadium’s inaugural concert on May 26, 2010. For further information, please visit: www.cinerock.co.uk

Bon Jovi GREATEST HITS is a 16-song single disc chock full of the band’s biggest chart-toppers including “Livin’ On A Prayer,” “Always,” “It’s My Life,” “Wanted Dead or Alive,” and “Who Says You Can’t Go Home.”  Two new songs, including lead single “What Do You Got?,” round out the tracklisting.

Bon Jovi GREATEST HITS Deluxe Edition is a 30-song two disc edition made up of the GREATEST HITS CD from the standard edition and a second disc featuring beloved fan favorites including “Runaway,” “Blood on Blood,” “These Days,” and “Keep The Faith” plus the third and fourth new tracks created for this project.  The four new songs (“The More Things Change,” “No Apologies,” “This Is Love, This Is Life” and the first single, “What Do You Got?”) were written specifically for inclusion in this compilation.

Bon Jovi GREATEST HITS DVD features the band’s biggest worldwide smash hits in a career-spanning set of original music videos, alongside the greatest ever live performances of each and every one of these legendary tracks.  The phenomenal live footage includes the band’s groundbreaking rooftop show on top of London’s O2 Arena (never before been released on home video) as well as an exclusive performance of storming new single WHAT DO YOU GOT?, not available anywhere else.

Globally, the Grammy® Award-winning band has sold more than 120 million albums, and performed more than 2,600 concerts in over 50 countries for more than 34 million fans.  For more information on all things Bon Jovi, visit www.BonJovi.com.