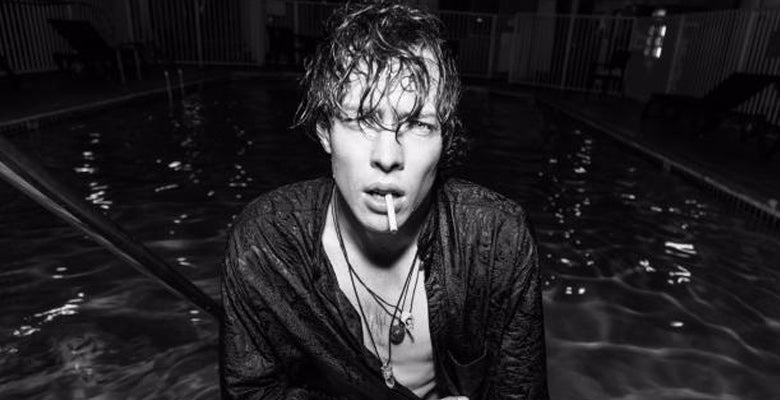 Barns Courtney is heading to Camden Dingwalls tomorrow for his biggest London show yet, on the same day his SMASHING new album "The Attractions of Youth' comes out. Get tickets here.

Earlier this month, Barns droped three ACE new songs ahead of his album release that prove rock isn't dead, and they are indeed a punch in the nose. Clash Magazine has no doubts about it and says "It's an outlandish, exuberent stomper, an arena-filling monster that is set to delight fans at live shows for years to come".

Barns Courtney is not messing around and he's now probably the most dangerous rock act, just look at his messy sweaty performances... which recently costed him a broken leg. There's blood, sweat, broken bones and crunchy guitars, and that's exactly what rock needs right now.

'The Attractions of Youth' is set to drop tomorrow. Listen to "Champion", "Kicks" and "Never Let You Down"

Never Let You Down