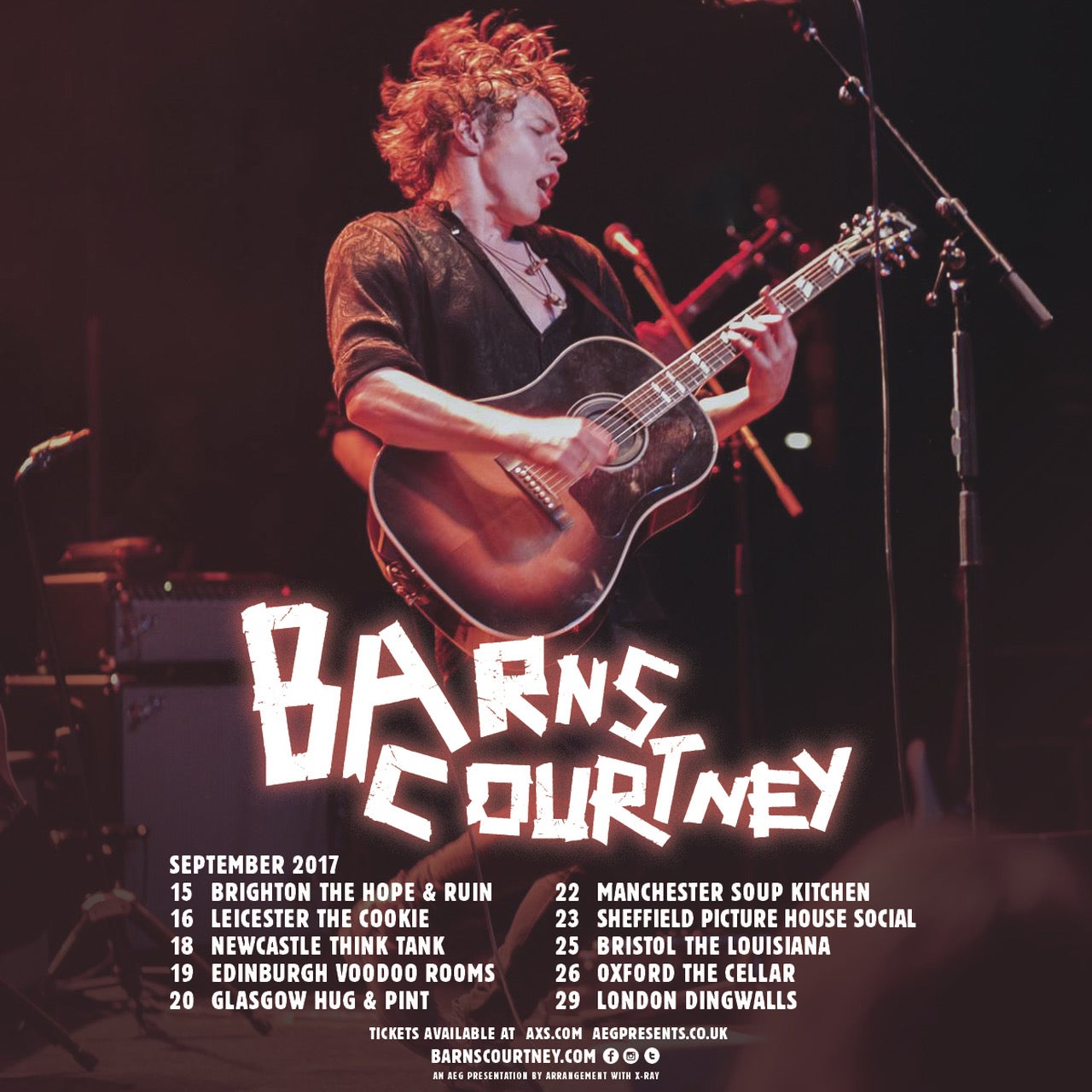 “Unfortunately, in his singular pursuit of creating the perfect rock 'n' roll show, Barns Courtney broke his foot in three places while diving offstage at Summerfest this week. Under doctors orders he has been instructed to stay in bed for the next four - eight weeks so as not to cause further, potentially lasting, damage. Therefore we are sorry to announce that Barns will not be able to perform at his sold out Camden Assembly show in London on July 19th. The gig has now been rescheduled to August 23rd. All original tickets will still be valid, however, if needed, tickets can be refunded from the point of purchase. As we rearrange the rest of his summer plans, the knock on effects of his injury will mean that some future dates also have to be rescheduled, and his  show at London Dingwalls will be moved to September 28th. Barns' debut album will be released later this year.

"Barns' crash landing and the immediate aftermath can be seen here"