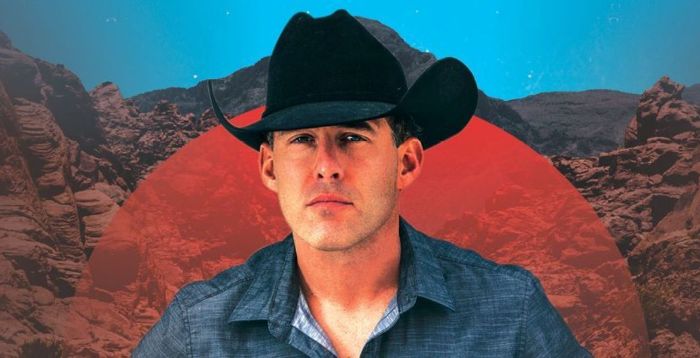 One of your releases had one of your idol as special guest on vocals. How did you get in touch with Willie Nelsons and how was playing together with your idol?

That was such a special moment and it was a big deal early my career but even to this day its one of the highlights.  For a long time in the Texas honky tonks where I started out I was known as The Honky Tonk Kid.  We ended up writing a song about it then it was also the title of that record.  I made that record down in Austin with Ray Benson from Asleep at the Wheel and him and Willie have been friends forever. I really have to give Ray the credit for getting Willie on the record…the story goes they were hanging out one day playing pool and Ray was playing him the album we were making and he kept saying “play that song again” and finally Ray told Willie if he loved it so much he should sing on it…which he ended up doing.  I’ve always loved Willie and you know that’s his voice whenever you hear it but next to mine on a song I wrote will always be something I treasure in my career.

How much do you think your origins have influenced you in writing music?

So much of what’s around me influences me.  I’ve learned as I’ve gotten deeper into my career that it’s really about writing from the heart and things that are authentic and nothing is more authentic than back home in West Texas and everything that surrounds me from my faith to my family to the people and their stories.  I think also as I dig deeper into the music and instruments and structure of making records that the sounds are very southwestern and pronounced of what you would think of when you are in my town.  I think you especially hear that on our newest release Vaquero.

In one sentence, why listening to country music is worth it?

It’s real and honest music with a rich history of storytelling and great melodies.

You are touring quite a lot, what is the best memories you have? And the funniest?

You know so many over the years…we’re on about 2,500 shows that we’ve done now.  Houston Rodeo will always be one that stands out because that’s something you dream of playing one day and we actually have a live album coming out from that performance in August that I’m really excited about.  Of course playing the iconic places like The Ryman and Gruene Hall and Billy Bob’s are always a treat, and a lot of shows I can think of us getting to share the stage with some great acts, heroes of mine ever sometimes.  As far as the funniest, I mean I have the best band and crew out there, most of the guys have been with me over 10 years.  We’re like brothers and constantly cutting up and having fun on the road and the bus so it’s always a laugh.  I remember this one show I was playing and I look down and have two different boots on, I was getting ready and something was rushing and I didn’t even notice.  The touring life is interesting and times and I guess that’s example where I just kind of laughed at myself like “yup, road life".

It’s almost 10 years since your first album, if you could come back, what would you change and what you would you do again?

Actually what’s crazy is it’s almost 20 now.  The first record I made was a little out of print black and white album back when I was in college in 1999, but really things started with Shutupanddance around 2002.  But yeah, the years are stacking up for sure these days!  Honestly, I wouldn’t change a thing.  Our path has been different than most, we just slugged it out and grinded and made out own path, but it’s really been worth it.  I’ve never had a record deal or some big major break, I just worked hard at making music and making fans and it’s really taken care of me and all my guys through the years.  It’s certainly not the easiest or fastest track to making it, but it’s my story and I’m very proud of it.