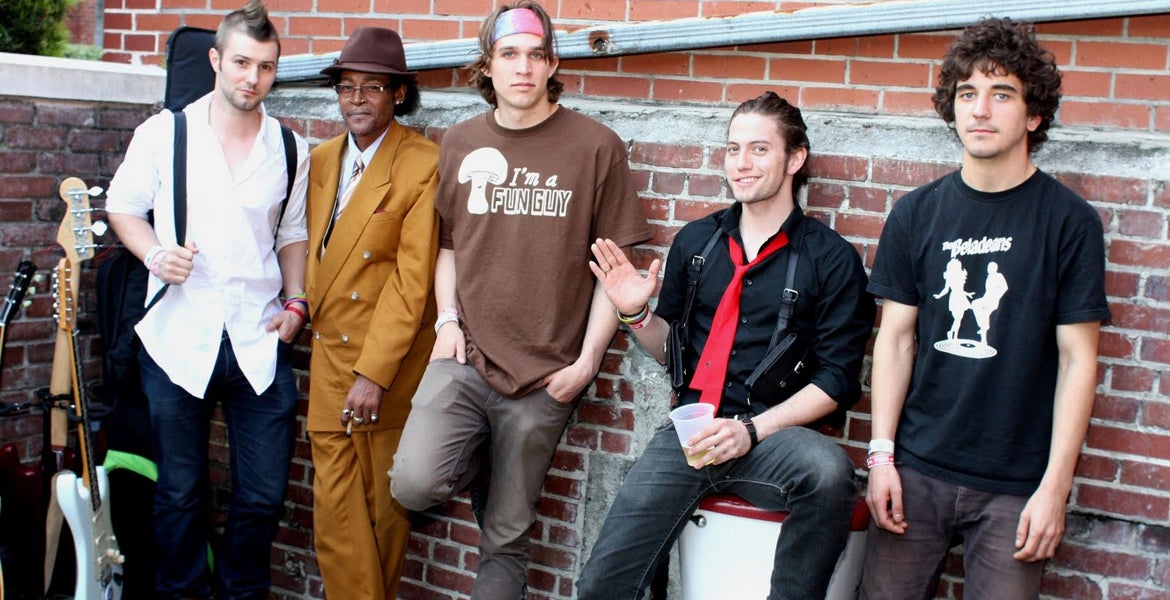 After much anticipation of fans waiting with bated breath and threats to fly to the US and drag them over themselves, 100 Monkeys, featuring Twilight star Jackson Rathbone, are finally crossing the pond this winter! After finishing a summer tour in the US and Canada to promote their newest album, Liquid Zoo, which comes out June 28th (distributed by Warrior/Universal), they will be heading eastward to play several show in Europe.

The tour kicks off November 28 in Sweden and continues into Denmark, working its way through Germany, France, and the Netherlands before touching down in the UK for their first ever shows!

100 Monkeys, known for their raucous theatrical live-sets where they switch instruments and vocalists nearly every other song, will be swinging your way soon and with a new album. 100 Monkeys is a band described by SPIN.com as “funk rock” and by RollingStone.com as “tribal sounds with vocals recalling Jim Morrison’s baritone croon.” Beyond Race Magazine says they are “sing-along-worthy, sometimes bluesy” and MTV.com describes the band as a mix of “Iggy Pop with the Raconteurs.”

100 Monkeys, however, jest that their music is purely “onomatopoetic, but for the sake of simplicity, we’ll call it funky rock-n-roll.” This quintet of multi-instrumentalists is comprised of multi-faceted artists, actors, and producers including Jackson Rathbone (who appears in such movies as “The Last Airbender” and the “Twilight” motion picture franchise), Ben Graupner (Trapped in the 5150, Devolved), Jerad Anderson (Wayne/Lauren Film Company), Lawrence Abrams (of the great Willie Bobo, Bob Hope U.S.O. tour, and The Artist Consortium), and Ben Johnson (of the Stevedores and music producer of Spencer Bell’s “Brain”).

With a set list that never repeats twice and a band that truly knows how to put on their own rock show, you won’t want to miss 100 Monkeys on tour November and December in Europe. Check out 100MonkeysMusic.com for further album, touring updates, and all other important news from the band.