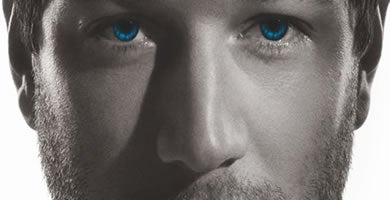 Matt Cardle rose to fame after winning the seventh series of the X Factor in 2010. His debut single 'When We Collide' sold over 1 million copies, became the second biggest selling single of 2010, was the Christmas #1 and garnered a nomination for Best British Single at the 2011 Brit Awards.

Matt's debut album 'Letters' was released in October 2011 and debuted at #2 in the UK & Ireland music charts. It spent an impressive 14 weeks in the top 40 and has been certified Platinum. A critically acclaimed 'sell out' 23 date tour of the UK & Ireland followed the release and concluded at Hammersmith Apollo, London.

Following this, Matt spent time in Los Angeles and Toronto writing the follow up to 'Letters'. The subsequent album 'The Fire' was released in October 2012 and rocketed straight into the Top 10 of the UK album charts, giving Cardle a second Top 10 album in just over a year. A special acoustic 'Unplugged' tour of the UK followed the release of the album and it became Matt's fourth sell out tour in only two years.

Matt Cardle returns later this year with his third studio album 'Porcelain'. Hit single 'Loving You' featuring guest vocals from superstar Melanie C and is the first track to be released from the album. 'Porcelain' was co-written and produced by Cardle, who also plays the majority of the instruments. The album goes even further than his previous efforts in showcasing his startling, inimitable 4 octave vocal range. On the album, Cardle seamlessly incorporates everything from Rock, Funk, Soul, Gospel, Pop and Blues to create his most musically diverse piece of work yet.

With 2 million record sales under his belt and a fan base growing internationally, the release of ‘Porcelain’ will start a new chapter for Matt Cardle. It will be his first album to be released internationally and with major label backing across various continents.

GET TO KNOW: Aaron Watson